Hearing the Voice of God

Hearing the Voice of God 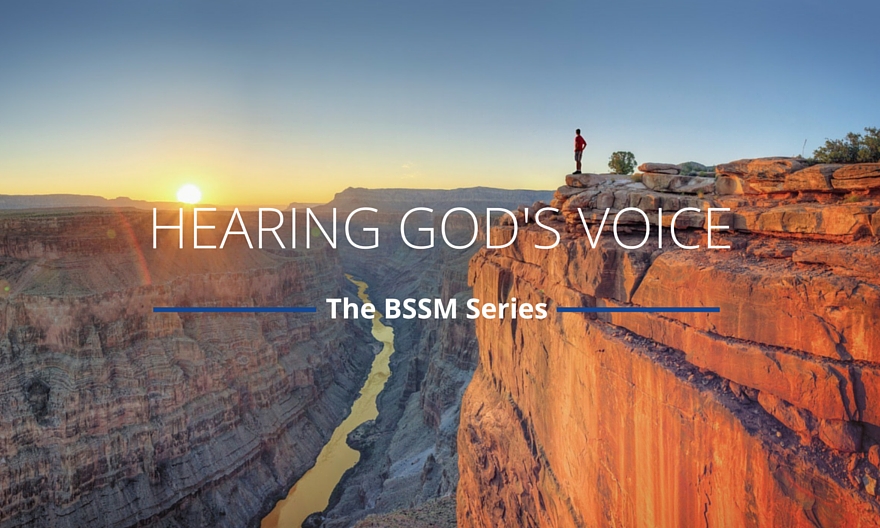 Living in a prophetic culture at Bethel Church, exposed me to an entirely new world. In this teaching on ‘Hearing the Voice of God’, Pastor Kris Vallotton reveals powerful and practical ways to walk in the prophetic. It all starts with knowing how to hear God’s voice. God speaks to us all the time. It is time for us to get in tune with His voice so that we can encourage people from a Kingdom perspective.

The sheep hear their Master’s voice, and the lambs follow the sheep until they too can start hearing the Master’s voice themselves.

GOD WANTS US TO DISCOVER HIM

“The disciples came to him and asked, “Why do you speak to the people in parables?” He replied, “Because the knowledge of the secrets of the kingdom of heaven has been given to you, but not to them. Whoever has will be given more, and they will have an abundance. Whoever does not have, even what they have will be taken from them. This is why I speak to them in parables: “Though seeing, they do not see; though hearing, they do not hear or understand.”

Parables were told not to reveal the truth, but to hide it.

Those who love God will search out the treasures that God has hidden for them. Knowledge is power, therefore God hides His Word so that only the humble and hungry can find it – not the prideful.

God speaks to us every day, but we must simply learn to hear it.

WHO SPEAKS TO US?

When we are born again, our spirit is inherently good. The Holy Spirit is God. We live in heavenly places and are spiritually alive, so we hear from the spirit all the time.

Anything that generates fear, because fear means that you believe the devil. Whatever you believe, you will receive. It is the opposite of having faith. When you feel hopeless about something, it means that you are probably believing a lie from the enemy. God is the God of hope and won’t leave you hopeless about anything. Indeed, one of the signs of a false prophet is that they generate fear.

When you listen to Jesus, you will have a high expectation that something will go right. “There is no fear in love.” This verse is in the same chapter as the chapter that warns us to discern between the spirits.

HEARING THE VOICE OF GOD – HOW DO I DO IT?

Firstly, I need to know God.

Secondly, I need to realise that not every good word or idea is a God word or God idea.

How does God speak to us?

God never talks to us in a way that removes us from relationship. That is why God speaks to us in mysteries, because He wants us to have a relationship with Him and He loves it when we pursue Him.

If someone has an evil spirit and it bothers them and you stand next to them, it will often bother you as well. However, in Jesus you have authority to tell that spirit that it has no authority over you, because it doesn’t.
29 October 2014

“What then shall we say, brothers and sisters? When you come together, each of you has a hymn, or a word of instruction, a revelation, a tongue or an interpretation. Everything must be done so that the church may be built up. If anyone speaks in a tongue, two—or at the most three—should speak, one at a time, and someone must interpret. If there is no interpreter, the speaker should keep quiet in the church and speak to himself and to God. Two or three prophets should speak, and the others should weigh carefully what is said. And if a revelation comes to someone who is sitting down, the first speaker should stop. For you can all prophesy in turn so that everyone may be instructed and encouraged. The spirits of prophets are subject to the control of prophets.”

Don’t take yourself too seriously. Don’t quit if you get a prophetic word wrong.

Sometimes God prophecies over us in order to test our hearts rather than to lead us into our destiny. (Remember the example of Abraham and Moses who convinced God not to destroy His people?) If you get a negative prophetic word like Abraham and Moses about the destruction of a city or something, ask God to save that city or person instead. God wants us to dialogue with Him. You probably won’t ever come into trouble for trying to be more merciful than God (even though no-one can ever be more merciful than God).

Accountability is really important. If you’re deceived, you don’t know it. Accountability is not encouragement – don’t confuse the two. People outgrow their accountability. Make sure that the people that you are accountable towards are on the same ‘level’ as you. Example: if you are responsible for a $1bn company, it will be difficult to be accountable to a person who only earns $50K per year. You need to be able to relate to each other.

The scariest thing is if someone becomes really powerful but he has no accountability. You have to have accountability that grows with you. You need people around you who are willing to rebuke you if necessary.

A wise person doesn’t learn from his own mistakes. He learns from other people’s mistakes.