HOW TO RUN OVER SHAME 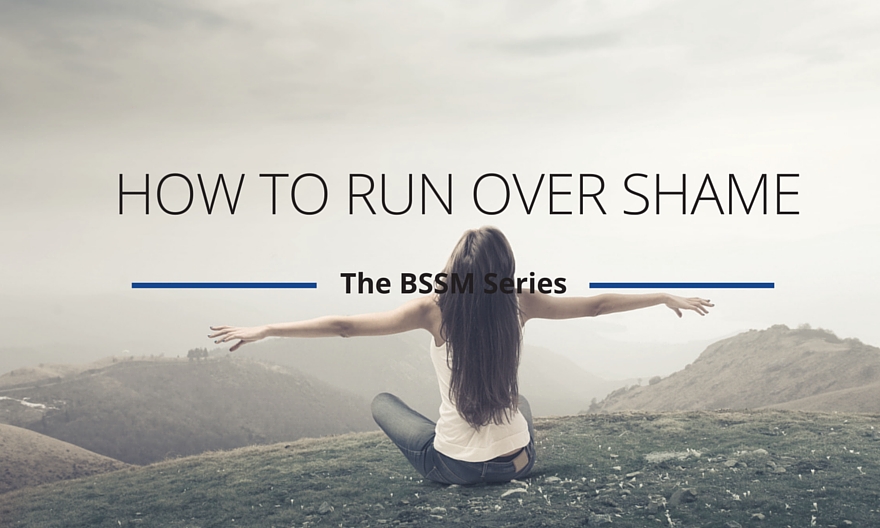 Shame has many faces. One of the biggest mistakes we can make is to think: “I have done something bad. I need to feel shameful about it, otherwise I am really screwed up.” Shame is a destructive force, not a redemptive emotion. Abi  Stumvoll is honest and passionate about this topic and gives great practical tips on how to recognize and run from shame.

Let’s be honest. Most people have done things they are not proud of. Those hidden skeletons are running through our minds and we walk around with the dark cloud of shame hanging over us. We mistakenly think: “If you know what I’ve done, you will not love me any more and therefor I need to keep it is secret.” This is a breeding ground for shame. The good news is that we don’t need to agree with shame.

God doesn’t require us to walk in shame. In fact, God hates shame because it separates us from His perfect love. God isn’t scared of our sin and He likes to have honest conversations with us. When we lay our heart bare before Him, His love brings healing and clarity. His love is everything.

The whole point of Christianity is love. Whenever we fix our mind on God, He will always adorn us with His perfect love that drives out fear. We were never designed to work or perform for His love. It is a free gift. Shame and performance trick us into thinking that we need to work for love.

““but of the fruit of the tree which is in the midst of the garden, God has said, ‘You shall not eat it, nor shall you touch it, lest you die.”’ Then the serpent said to the woman, “You will not surely die. “For God knows that in the day you eat of it your eyes will be opened, and you will be like God, knowing good and evil.” So when the woman saw that the tree was good for food, that it was pleasant to the eyes, and a tree desirable to make one wise, she took of its fruit and ate. She also gave to her husband with her, and he ate. Then the eyes of both of them were opened, and they knew that they were naked; and they sewed fig leaves together and made themselves coverings. And they heard the sound of the LORD God walking in the garden in the cool of the day, and Adam and his wife hid themselves from the presence of the LORD God among the trees of the garden. Then the LORD God called to Adam and said to him, “Where are you?” So he said, “I heard Your voice in the garden, and I was afraid because I was naked; and I hid myself.” And He said, “Who told you that you were naked? Have you eaten from the tree of which I commanded you that you should not eat?” Then the man said, “The woman whom You gave to be with me, she gave me of the tree, and I ate.” And the LORD God said to the woman, “What is this you have done?” The woman said, “The serpent deceived me, and I ate.” So the LORD God said to the serpent: Because you have done this, You are cursed more than all cattle, And more than every beast of the field; On your belly you shall go, And you shall eat dust All the days of your life. And I will put enmity Between you and the woman, And between your seed and her Seed; He shall bruise your head, And you shall bruise His heel.””
‭‭
After the fall, the very first lie told in human history, was: “You are not enough”. The serpent tried to trick Adam and Eve into believing that they need to make themselves better apart from God. The truth was that Adam and Eve were already complete in God because they were made in His image. They didn’t need to do anything to be better because they were perfect. Then the big ‘woops’ happened, Eve ate the apple.

WHAT REALLY HAPPENED AFTER THE FALL?

After they ate the apple, Adam and Eve immediately received the ability to judge themselves. God’s original plan never intended for us to judge ourselves. He knew it was not necessary because mankind is made in His image.

Adam and Eve felt shameful after they ate the apple and decided to hid from God.

But God asked: “Where are you?” He definitely knew where they were. God is the divine pursuer from the beginning to the end and already had the full redemption plan in mind when He was asking for them.

When God asked Adam and Eve why they ate the apple, they start to blame others. Adam blamed Eve and Eve blamed the serpent.

When you feel shame, you blame others because you are afraid of punishment.

God will never let go of your calling. No mistake or sin is too big for Him.

The Bible is not a cruel joke. God has a plan to redeem all of us. God’s plan from the beginning is that He will redeem us and love us.

Conviction says: “I did something bad”.
Shame says: “I am bad”.

Shame keeps you separated. It immediately shuts us off from the love and God and people.

Shame tries to convince us that we cannot be real or authentic to be loved. When you think, “If people know this about me, they won’t love me”, then shame is present and it will lead you to destruction if you don’t break agreement with it.

Be real about your problems and feelings. The more known you are, the more free you can be. You need people in your life that stand up on truth’s behalf and speak it over you.

HOW TO RUN OVER SHAME

If you are real and say: “I almost looked at pornography last night”, you can bring it to light and then stop from actually doing it next time. Or say: “I feel I need to perform to be seen” (small thing), and then prevent having to say “I am having an affair” (big thing) later.

God’s whole idea is not that you must arrive at this perfect place. He simply wants to love you on the journey. He doesn’t want to fast forward and skip until you are superstar Christian. He loves the journey and He love doing it with you.

Run after your fear and chase freedom.

The cost if freedom is that you need to run after your fear. Get rid of it. Be real. Sometimes you need to say something several times until the sting of it is gone.