IDENTITY: MY FEELINGS ARE NOT WHO I AM 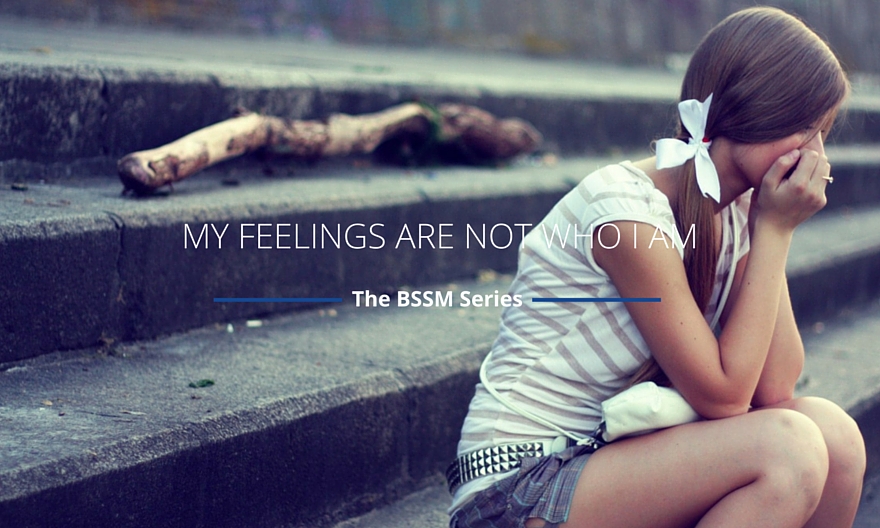 For years I believed a lie. It was out of ignorance. I thought I want to do good deeds because then I am a “good Christian wife” or a “good mother” or “exemplary woman. I thought it would convince the people around me that I am a good person. To tell you the truth, most of the times I was so tired of trying to keep up with my good works that it felt like I want to take a break doing good things and just relax for a change. I thought – this must be the “straight and narrow road” that is made mention of in the Bible. I tried to DO to BE. The truth really hit me when Kris Vallotton said: “You mustn’t do things to be noticed. Do good things out of your nature, not because you try to impress people.” Wait a minute, it is my nature to do good and it isn’t suppose to feel like hard work? Where is the power source to keep me running? Then I found it! It is simply being still in Papa God’s presence and drinking from His fountain of unending love. When I hear His voice and that He is pleased and when I feel His love, I can’t help myself to love and forgive people around me. I can simply focus on His goodness in me and radiate that. I am.

Whatever you believe, you empower. If you believe that you are a sinner, then you will sin by faith. We are no longer sinners, but saints. Isaiah 60 says you will be called by a new name. You are empowered to act like God. We were born to rock and to have authority over our temptations. Resisting temptation builds character. When you make good choices when there are bad choices available, it builds your character. When you fall to temptation then you fail your character.

THE LIE OF RELIGION

“Now the serpent was more cunning than any beast of the field which the LORD God had made. And he said to the woman, “Has God indeed said, ‘You shall not eat of every tree of the garden’?” And the woman said to the serpent, “We may eat the fruit of the trees of the garden; “but of the fruit of the tree which is in the midst of the garden, God has said, ‘You shall not eat it, nor shall you touch it, lest you die.”’ Then the serpent said to the woman, “You will not surely die. “For God knows that in the day you eat of it your eyes will be opened, and you will be like God, knowing good and evil.””

Notice that the serpent told Eve: “For God knows that in the day you eat of it your eyes will be opened, and you will be like God…” But we were already like God because we were made in His image. He told the first lie to convince mankind. The first Adam fell by DOING TO BE. When Jesus was tempted by the devil in the desert, the devil said: “if you are the son of God…”, but Jesus knew that He was God’s Son and He didn’t need to do anything.

Adam sinned without a sin nature.

“My little children, these things I write to you, so that you may not sin. And if anyone sins, we have an Advocate with the Father, Jesus Christ the righteous. And He Himself is the propitiation for our sins, and not for ours only but also for the whole world.”
I John‬ ‭3:1-10‬

“Behold what manner of love the Father has bestowed on us, that we should be called children of God! Therefore the world does not know us, because it did not know Him. Beloved, now we are children of God; and it has not yet been revealed what we shall be, but we know that when He is revealed, we shall be like Him, for we shall see Him as He is. And everyone who has this hope in Him purifies himself, just as He is pure. Whoever commits sin also commits lawlessness, and sin is lawlessness. And you know that He was manifested to take away our sins, and in Him there is no sin. Whoever abides in Him does not sin. Whoever sins has neither seen Him nor known Him. Little children, let no one deceive you. He who practices righteousness is righteous, just as He is righteous. He who sins is of the devil, for the devil has sinned from the beginning. For this purpose the Son of God was manifested, that He might destroy the works of the devil. Whoever has been born of God does not sin, for His seed remains in him; and he cannot sin, because he has been born of God. In this the children of God and the children of the devil are manifest: Whoever does not practice righteousness is not of God, nor is he who does not love his brother.”

Conviction differs from condemnation. The Bible says we are judged by our fruit (deeds or actions), but we can’t judge another person’s heart. That is God’s job.

MY FEELINGS ARE NOT WHO I AM

My place in God doesn’t change all the time. I am doing good because I am good in God.

Whatever you believe, you empower. If you believe that you are a sinner, then you will sin by faith. We are no longer sinners, but saints. Isaiah 60 says you will be called by a new name. You are empowered to act like God.

How can you be stuck in sin if it is not your nature to sin. No, you are not stuck, you have simply practice a habit.

“Moreover the law entered that the offense might abound. But where sin abounded, grace abounded much more, so that as sin reigned in death, even so grace might reign through righteousness to eternal life through Jesus Christ our Lord.”

“What shall we say then? Shall we continue in sin that grace may abound? Certainly not! How shall we who died to sin live any longer in it? Or do you not know that as many of us as were baptized into Christ Jesus were baptized into His death? Therefore we were buried with Him through baptism into death, that just as Christ was raised from the dead by the glory of the Father, even so we also should walk in newness of life. For if we have been united together in the likeness of His death, certainly we also shall be in the likeness of His resurrection, knowing this, that our old man was crucified with Him, that the body of sin might be done away with, that we should no longer be slaves of sin. For he who has died has been freed from sin. Now if we died with Christ, we believe that we shall also live with Him, knowing that Christ, having been raised from the dead, dies no more. Death no longer has dominion over Him. For the death that He died, He died to sin once for all; but the life that He lives, He lives to God. Likewise you also, reckon yourselves to be dead indeed to sin, but alive to God in Christ Jesus our Lord. Therefore do not let sin reign in your mortal body, that you should obey it in its lusts. And do not present your members as instruments of unrighteousness to sin, but present yourselves to God as being alive from the dead, and your members as instruments of righteousness to God. For sin shall not have dominion over you, for you are not under law but under grace.”

You are NOT your sin attraction.